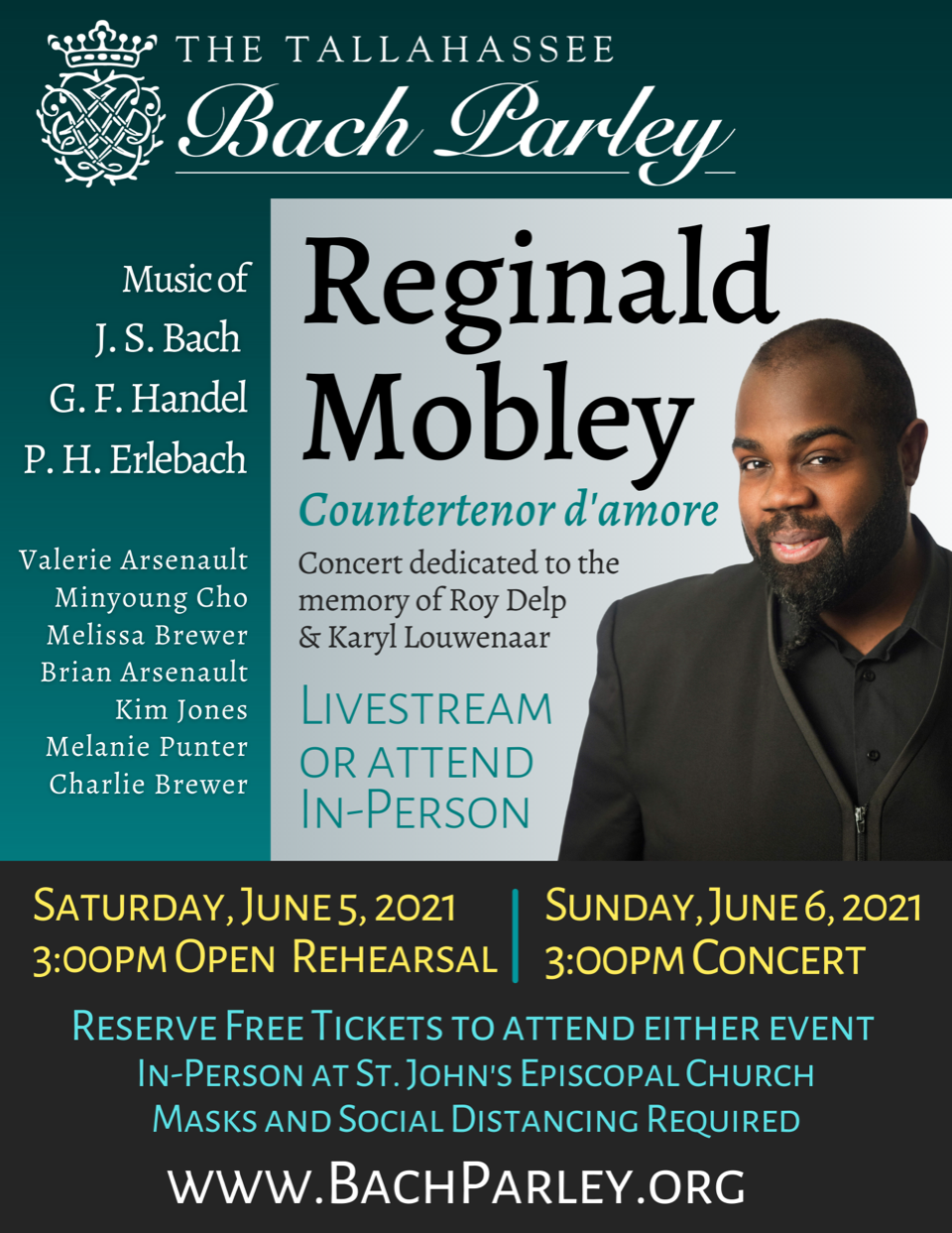 The Tallahassee Bach Parley welcomes Reginald Mobley back to Tallahassee for two events: an Open Rehearsal on Saturday, June 5, and the concert on Sunday, June 6.

Both events are at 3:00 PM at St. John’s Episcopal Church, the longtime home of both Bach Parley Concerts and the String Academy.

A former staff singer at St. John’s, Reggie is well known in the Tallahassee community. There will be limited in-person seating at both the dress Rehearsal and the concert, and the Sunday afternoon concert will also be live streamed. To reserve a free limited audience ticket, and for other details, visit www.BachParley.org.