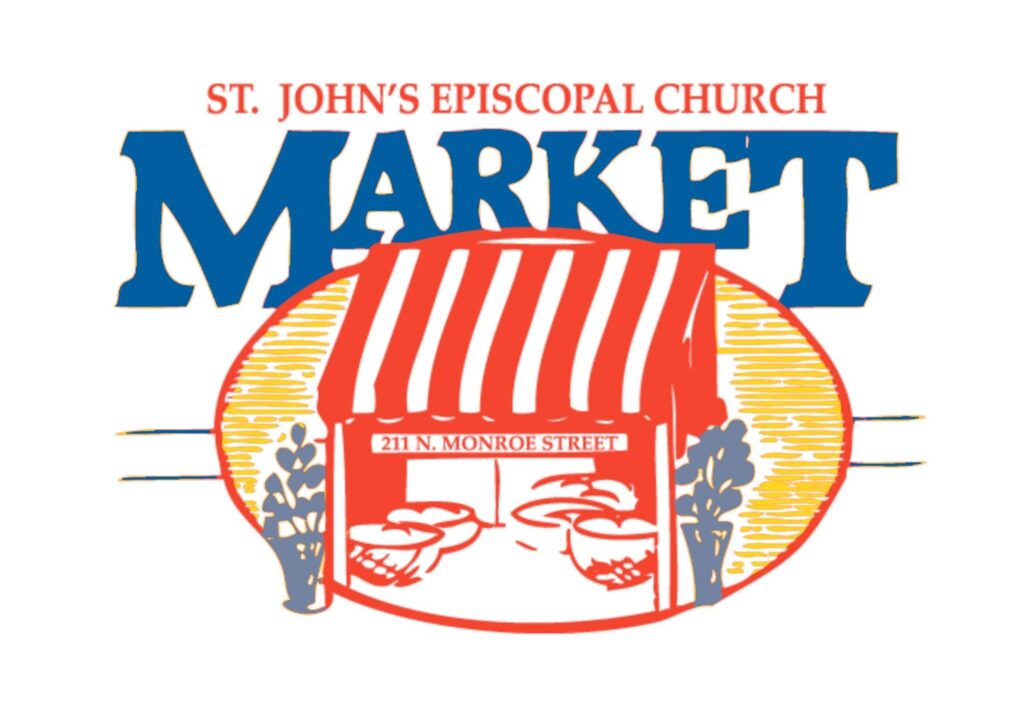 This year, we’re skipping our annual St. John’s Market due to the pandemic. However, we look forward to holding a bigger, better Market in 2021, when we can gather as one church community!

This is the week when dozens of volunteers would typically be buzzing around church, preparing to host this beloved annual event, which has a long history at St. John’s. Here’s a look back at a few Market Memories. Hope they make you smile!

Thank you to Dennis Howard and Mother Abi for capturing these fun memories! Several of YOU sent in memories as well!

Below, Linda Carter reflected upon one of the newer Market booths to join the lineup. “The Man Cave” was an idea her late husband, Frank Carter brought to life. The booth was coordinated for several years by Frank, along with Roger Rumenik and David Wheeler. Thankfully, David says he will carry the torch, hosting the Man Cave when Market is held next.

“Frank would come and help wherever he was needed. He began to notice that most men who were not involved with the market were just following their wives around, looking totally bored. In 2011, Frank decided that the men needed something of interest to look at while visiting the market. He created the Man Cave.” – Linda Carter

We have some great photos of our chicken pilau chefs in Eve’s Garden. Shelby and Dan Augustyniak recently took over these duties with help from the couple who started this Market booth, John and Teresa Dean. The Augustyniaks use John’s cookers and recipe to carry on the tradition! How did the Deans come up with their recipe? Teresa shares below in her own words.

Last but certainly not least, is a wonderful reflection on the growth of the Outdoor Garden booth from longtime chair Linda Harkey, and some amazing photos from our 1987 St. John’s Market, shared by Virginia Perkins.

Over the past ten years, the Outdoor Garden has grown from several dozen plants that filled two benches along the walkway in Eve’s Garden to hundreds of bedding plants, shrubs, house plants and trees that cover the walkway and a fourth of the garden. As shoppers leave the bustle of Alfriend Hall and come into Eve’s Garden, they reminisce about plants they or their ancestors once had. They talk about new situations—retiring and downsizing, moving to live with a grandparent, or setting up a garden after moving to Tallahassee for a new job. After the Market, the remaining plants go to other Tallahasseans in transition—to Habitat for Humanity and to the International Rescue Committee. The most enjoyable part of the Outdoor Garden for me is seeing how much St. John’s parishioners love plants and how important gardens are in people’s lives.