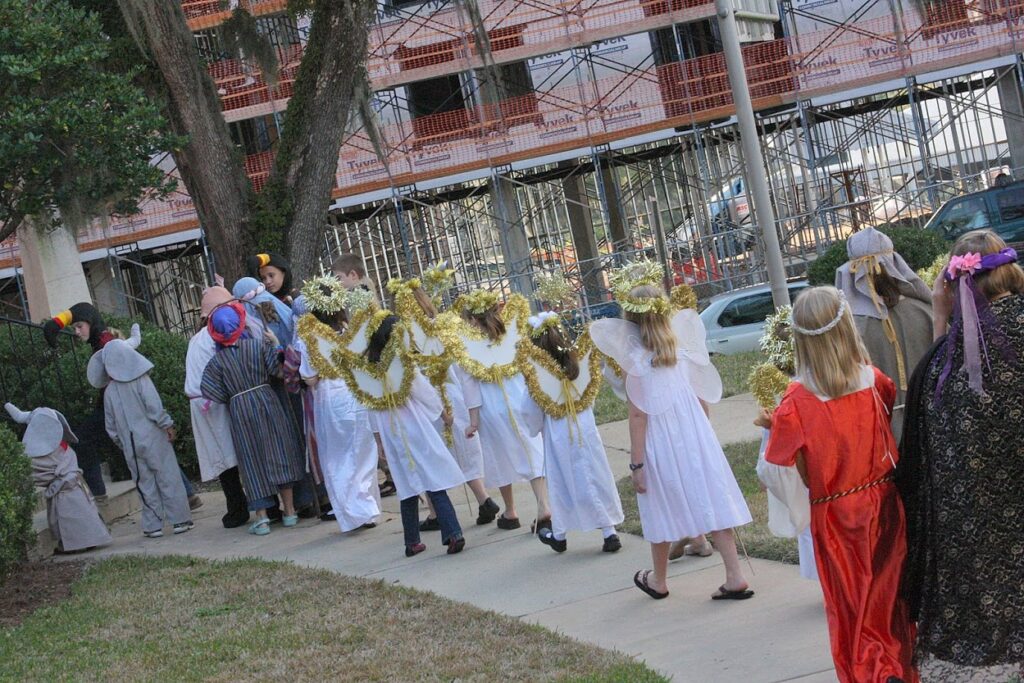 This week, we celebrated the Feast of the Epiphany. As always, we marked this date with a special Epiphany Pageant, where we retell the Christmas story one last time for the season and sing Christmas hymns.

Since we weren’t able to gather as a parish for this much-anticipated tradition, we asked for your Epiphany Pageant memories. How fun it has been to see how the Epiphany Pageant (and St. John’s!) has changed over the years. Enjoy!

Our shepherds were storm troopers (don’t ask), there were three wise (wo)men, and our pageant was pre-recorded and streamed on Facebook and YouTube due to the COVID-19 pandemic and our parish regathering guidelines. But we were still able to celebrate the arrival of the three kings with beautiful virtual hymns shared by the St. John’s Choir. This is a tradition worth keeping … no matter the hoops we must jump through!